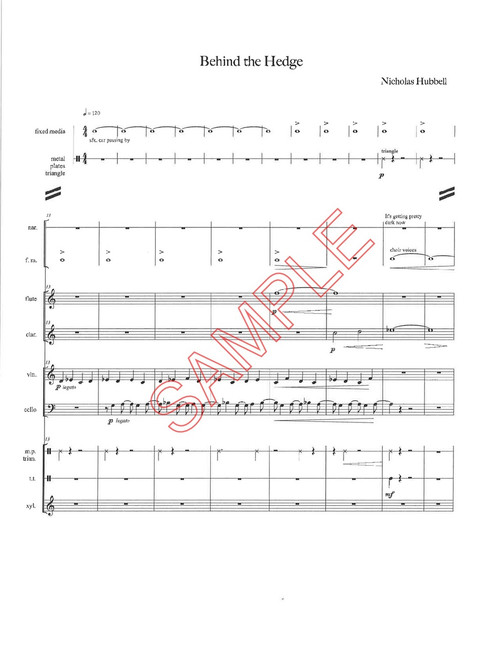 This work combines a variety of sounds into a daunting soundscape with the CD accompaniment. The percussionist needs only a xylophone, triangle, low tom-tom, and two metal plates. These are used to accentuate the music and the text being read by the narrator.

The narration is about a young boy who crouches behind a hedge waiting for his parents to come home. He sees only headlights pass by, none of which belong to his parents’ car. He thinks of a clock in the house that does not keep time, and wonders if his parents are out of sync with his time.

This piece is very interesting and would go great on a chamber ensemble recital or a smaller group setting. The work would most likely need a conductor to keep all of the parts together, but with the right players it might be done without a conductor. It will require fairly proficient players on all of the instruments.

The piece would go well in the middle of a recital, perhaps right before an intermission to get the audience talking during the intermission. Nicholas Hubbell has given the chamber ensemble genre a great addition, one that is sure to get people talking!