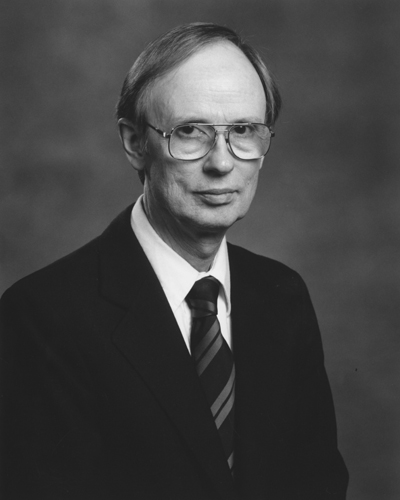 God, Freud, students’ evaluations of their professors, the artwork of Robert Ryman, text from Herman Hesse, a “not so hip” jazz trio, whining narrators, indecipherable text, and unusual combinations of instruments are just a few of the elements in Stanley Schumacher’s unique compositions. Consisting primarily of theater pieces and works for small ensembles, most of Dr. Schumacher’s compositions combine pre-planned, aleatory, and improvised elements. Several of them employ narrative texts which often exhibit a humorous theatrical element, and some use graphic notation or a combination of traditional and graphic notation.

Some of Dr. Schumacher’s theater pieces include Dialogue (trombone and 3 narrators), Beat Me Daddy, Eight to a Bar (trombone, piano, string bass) and The Lecture (clarinet, piano, narrator). Among the works for small ensembles are Brassman (trombone, soprano, clarinet, trumpet, violin, piano), Musography (3 trombones and 2 clarinets), No Technique (3 trombones), White on White (string quartet), and Order (narrator and any number of brass, woodwind, or percussion).

The Lecture and Order (version for narrator and 3 trumpets) have been recorded by the RASA Ensemble. No Technique has been recorded and released by Musikmacher Productions; the recording is available from CDBaby: http://www.cdbaby.com/cd/stanleyschumacher4 . Dr. Schumacher’s music has been featured on New Arts Alive, a television series documenting contemporary artists, which is produced by the New Arts Program, Kutztown, Pennsylvania. Symmetries is available from Media Press, Laurinburg, N.C. The Lecture is in the American Music Center Collection at the New York Public Library for the Performing Arts.

Stanley Schumacher holds a Ph.D in Music Theory from The Ohio State University and has studied composition with Herbert Brun and Joel Thome. In addition to composing, he is an active trombonist and vocalist, performing as an improviser throughout the Mid-Atlantic States. He is founder and president of Musikmacher Productions, a CD production company, and director of the Music Now Ensemble, a collective of musicians whose mandate is to perform both composed and improvised contemporary art music in all its vibrancy and variety.

To date, Dr. Schumacher has released seven CD’s which may be previewed and purchased on the CDBaby website: http://www.cdbaby.com/artist/StanleySchumacherandtheMusicNowEnsemble