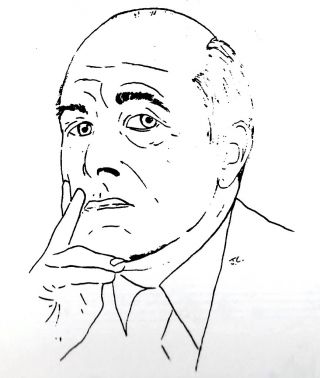 James Beale, born in Wellesley Hills, Massachusetts in 1924, received his early musical training under the guidance of Stanley Chapple. He studied at Harvard with Walter Piston, Irving Fine and Aaron Copland, and received a scholarship to continue work with Mr. Copland at the Berkshire Music Center in 1946. At Yale, where he worked with Richard Donovan, his Piano Trio won the Woods-Chandler Prize.

In 1958 he received a Guggenheim Fellowship and spent the following year near Paris writing his Cressay Symphony, a work in four movements for large orchestra. His compositions have been performed by orchestras throughout the country, including the New Haven Symphony Orchestra (with which he was pianist in 1945), the Columbia University Orchestra, the St. Louis Little Symphony, the Tacoma Civic Orchestra and the Portland Junior Symphony. His compositions include several symphonic works, piano sonatas, a piano trio, violin sonatas, cello concertos, etc.

During World War II, he served in the American Field Service in Italy and North Africa. He graduated from Harvard College in 1945 and in 1947 received a Master of Music from Yale University.

He joined the faculty of the University of Washington School of Music in 1948 and taught his last classes in 1994, a span of 46 years.