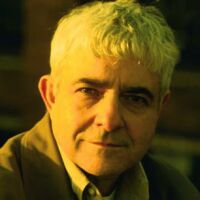 William Duckworth is the composer of over 100 pieces of music, and the author of six books and numerous articles, the most recent of which is "Making Music on the Web" (Leonardo Music Journal, Vol. 9, Dec. 1999). In the mid 1990's he began Cathedral, a multi-year work of music and art for the web that went on-line June 10th, 1997. Incorporating both acoustic and computer music, live webcasts, and newly created virtual instruments, Cathedral is one of the first interactive works of music and art on the web. It can be found at www.monroestreet.com/Cathedral. As a composer, Duckworth is considered the founder of Postminimalism, and his hour-long Time Curve Preludes for piano defines the postminimal style. Since their 1979 premiere, these preludes have been heard on five continents, including the Spoleto Festival USA, where they were performed during the first live webcast ever given from the festival; the Festival of Havana, where they were broadcast in the streets; and New York's Merkin Hall, for the 20th-anniversary celebration of their premiere. The most recent performance took place in Tokyo in the Fall of 2001 The Village Voice said Duckworth's preludes are "likely to be one of the 20th century piano cycles most often performed in the 21st." Musical America called them "a work of captivating beauty", and described listening to them as "hearing a kaleidoscope." Born in North Carolina in 1943, William Duckworth was educated at East Carolina University and the University of Illinois, where he studied composition with microtonal composer Ben Johnston, himself a student of John Cage and Harry Partch. Duckworth is a past recipient of the Walter Hinrichsen Award, endowed by C.F. Peters Corp. (1984), and has held both an NEA Composer Fellowship (1977) and an NEA Collaborative Fellowship (1983). The last was to compose Simple Songs About Sex and War with Hayden Carruth, winner of the 1997 National Book Award in poetry. Duckworth currently holds a position at Bucknell University, teaching computer music composition, and a class in 20th-century American music called Jazz, Rock, and the Avant Garde. A 1992 Rolling Stone magazine profile called him a "hip, bright, innovative" teacher who "opens up worlds" students never knew existed. Duckworth is the author of six books including two textbooks on music theory for Wadsworth Publishing Company (one of which is in 7th edition), plus 20/20: Twenty New Sounds of the Twentieth Century (New York: Schirmer Books, 1999); Sound and Light: La Monte Young and Marian Zazeela (Lewisburg, PA: Bucknell Review, 1996); John Cage at Seventy-Five (Lewisburg, PA: Bucknell Review, 1989); and Talking Music, Conversations with John Cage, Philip Glass, Laurie Anderson, and Five Generations of American Experimental Composers (New York: Schirmer Books, 1995).