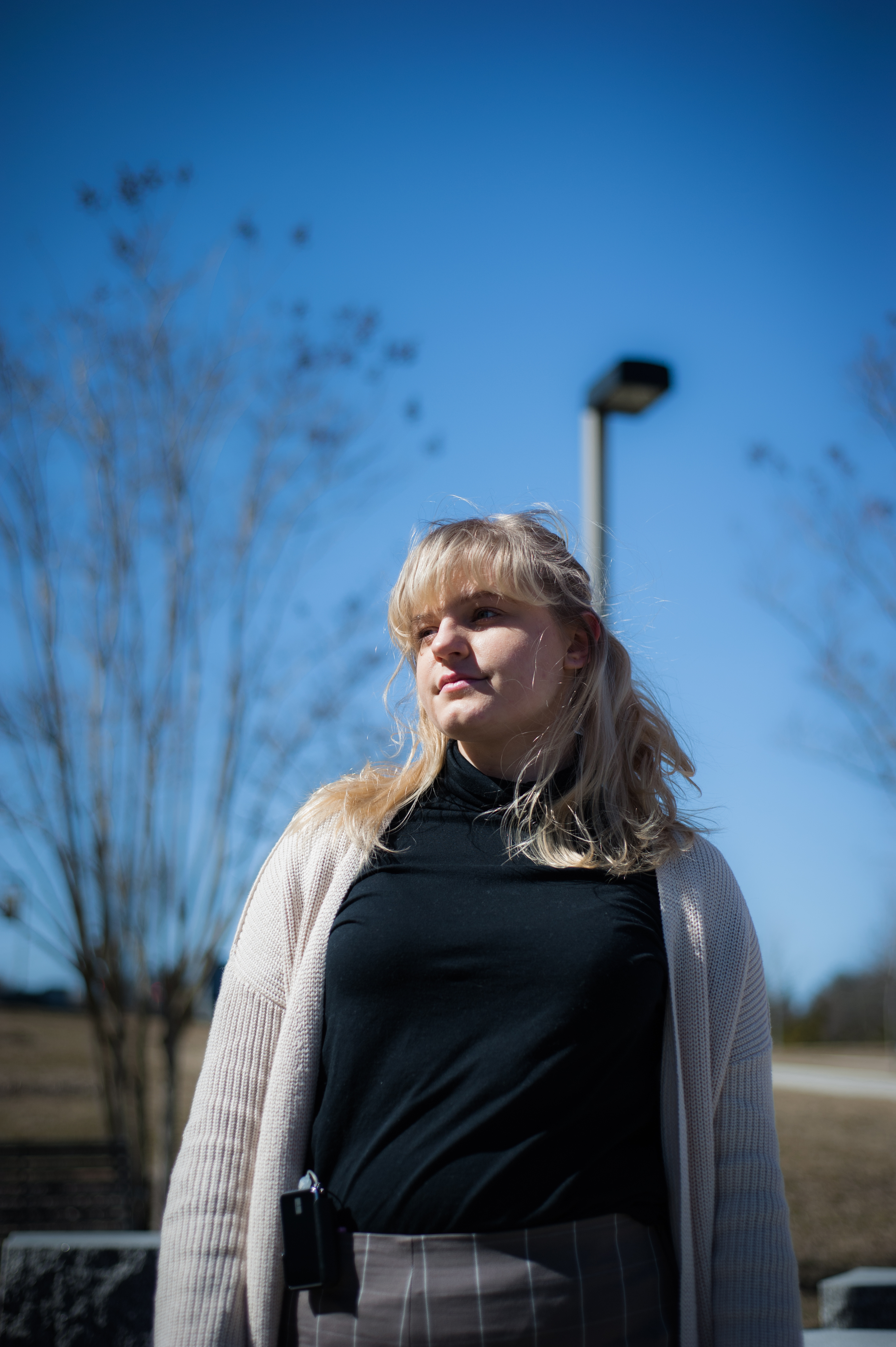 Kathryn Blake is a vibrant composer, violist, and collaborator based in Maryland. She completed her Bachelor of Arts in Music Composition with a Minor in Psychology from the University of Maryland, Baltimore County in May of 2021. At UMBC, Kathryn studied under Dr. Linda Dusman and Dr. Bradley S. Green.

Kathryn has had an extremely active college career as composer, with numerous performances both at UMBC and by professional ensembles. Duality of Man was premiered by the Bergamot String Quartet and percussionist Jonathan Sotelo premiered Just Ordinary in 2020. In 2021, Balance Campaign premiered All Burnt Up and the Strata Trio premiered Neurotransmitters for a Trio. Her work has been performed in the 2019 Fresh Inc. Festival, the District New Music Coalition’s 2020 Fall Conference, and was featured in T1International’s “Change Through Creativity” Project as part of National Diabetes Awareness Month in November of 2020. They have received commissions for new works for solo cello and solo clarinet to be premiered in 2022.

Kathryn enjoys interdisciplinary work, and has collaborated with visual artists and dancers. She composed music for the animated short, When It’s Over, Leave and Let’s Go Together! by William Kraft, and has future plans for more collaborations with him. She also worked with filmmaker Kelvin Thompson on his senior film, New Wave Cinderella, and Ella was featured in his Werewolf. Kathryn has worked extensively with the dance department at UMBC, having collaborated with Theresa Whittemore, Kayla Massey, and Ann Sofie Clemmensen. She worked with choreographer Clemmensen in 2019/20 on In To and Out Of, where Kathryn both composed and performed the music for part two. In To and Out Of premiered at The Kennedy Center’s The REACH in 2019, and performed again by the Baltimore Dance Project in 2020.

As a violist, Kathryn has actively been performing with the UMBC Symphony Orchestra since 2017, under the directions of both Dr. E. Michael Richards and Jason Love. For several semesters she was appointed principal violist. Kathryn also is an avid chamber violist, taking part in the UMBC Chamber Players for several years. She has performed Felix Mendellsohn’s String Quartet in D Major and Robert Schumann’s Piano Quintet in E-flat Major. Kathryn also premiered both Donte Speaks, Jr.'s, String Quartet, in 2017 and Eliza Triolo’s string quartet, Suddenly Last Spring, in 2019.

Through the many friendships she’s made, Kathryn has become active with The Achelois Collective, a group of women from across the United States dedicated to performance and activism through a lens of intersectional feminism - the goal being to "promote, provoke, and inspire". As a community of musician-activists, Achelois promotes and honors the incredible artistic contributions of queer, BIPOC and women artists; Achelois provokes our audiences to examine their world views, values and privilege with a critical eye; Achelois inspires a revolution of pro-social change in our communities that leaves no room for lip service.

From 2019 to May of 2021, Kathryn worked as the student intern for Linda Dusman’s I Resound Press, a digital archive for works by women composers. Kathryn maintained the website by updating information, gathering new works from composers and publishing them in the archive, and plenty of back-end work including updating code, writing the protocol guide, developing a database system for the I Resound personnel, and constant correspondence with composers. Kathryn also worked on the collaboration between I Resound Press and Paula Maust’s Expanding the Music Theory Canon to include works from the I Resound archive as examples of contemporary theory for educators.

Outside of their work as composer, Kathryn is a vocal advocate with the Insulin for All movement, which fights for affordable and accessible insulin across the world. She enjoys sharing her experience as a type 1 diabetic to spread awareness of the condition and what the experience of living with it is like. Kathryn also is passionate about social justice, and wants to do her part to make the world a better place for everybody. She also has a deep interest in psychology and mental health. As hobbies, Kathryn loves to make a wide variety of visual art and they loves to find and play plot-rich video games.