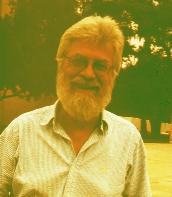 Since 1994 he has visited Cuba and collaborated with La Camerata Romeu, an all female string ensemble that presents concerts world wide. They have performed his Suite Caribbean in Europe, Canada, Cuba, and in seven cities in the US in 1998. His Cuba experience led to the composition Cubanitis for solo timpani and orchestra, commisioned by John Bannon, timpanist with The Florida Orchestra, that was premiered by The Florida Orchestra in 1998. Cubanitis was repeated by John Bannon and the Florida Orchestra with the Cuban conductor, Enrique Pérez Mesa in May 2012 in Tampa, St. Petersburgh, and Clearwater FL.