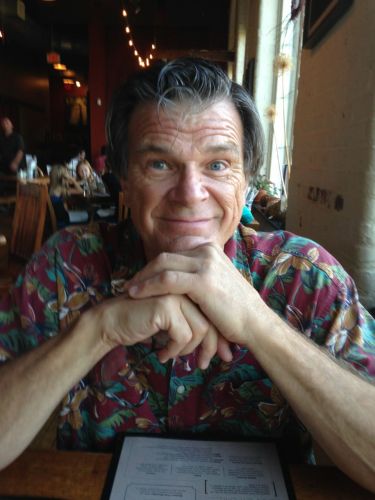 Born in Coulee Dam, Washington, in 1951, Philip Carlsen studied at the University of Washington, Brooklyn College, and the CUNY Graduate Center, working principally with Robert Suderburg and Jacob Druckman, as well as with Stuart Dempster, William Bergsma, Mario Davidovsky, and Charles Dodge.  He has received fellowships from the National Endowment for the Arts, the National Institute of Arts and Letters, and the Maine Arts Commission; a residency at the MacDowell Colony; and the 1989 American Composers Alliance/Town Hall Commission.

The National Symphony Orchestra, in connection with its nationwide residency program, chose Carlsen to represent Maine in writing a new chamber work for premiere at the Kennedy Center that would “express the spirit of Maine’s people.”  Other commissions have come from the Portland Symphony Orchestra, the Bossov Ballet Theatre, the Sebago-Long Lakes Region Chamber Music Festival, the trio Penumbra, etc.  Carlsen’s solo piano piece “October,” recorded by his son Melsen, is available from Navona Records on the SCI CD series.

In addition to his orchestral, chamber, and vocal music for traditional Western musicians, Carlsen has also composed for Javanese and Sundanese gamelan, for Laotian khean, and for his own original instruments.  He has written and premiered five pieces for automobile orchestra in Farmington, Maine.  One of them, “ReinCARnation,” was encored in October 2015 in the courtyard of Schloss Mirabell in Salzburg.

Carlsen is a Professor Emeritus at the University of Maine at Farmington, where he conducted the orchestra and taught other music courses for 33 years.  He lives in South Portland, Maine, with his wife, the poet Jeri Theriault.