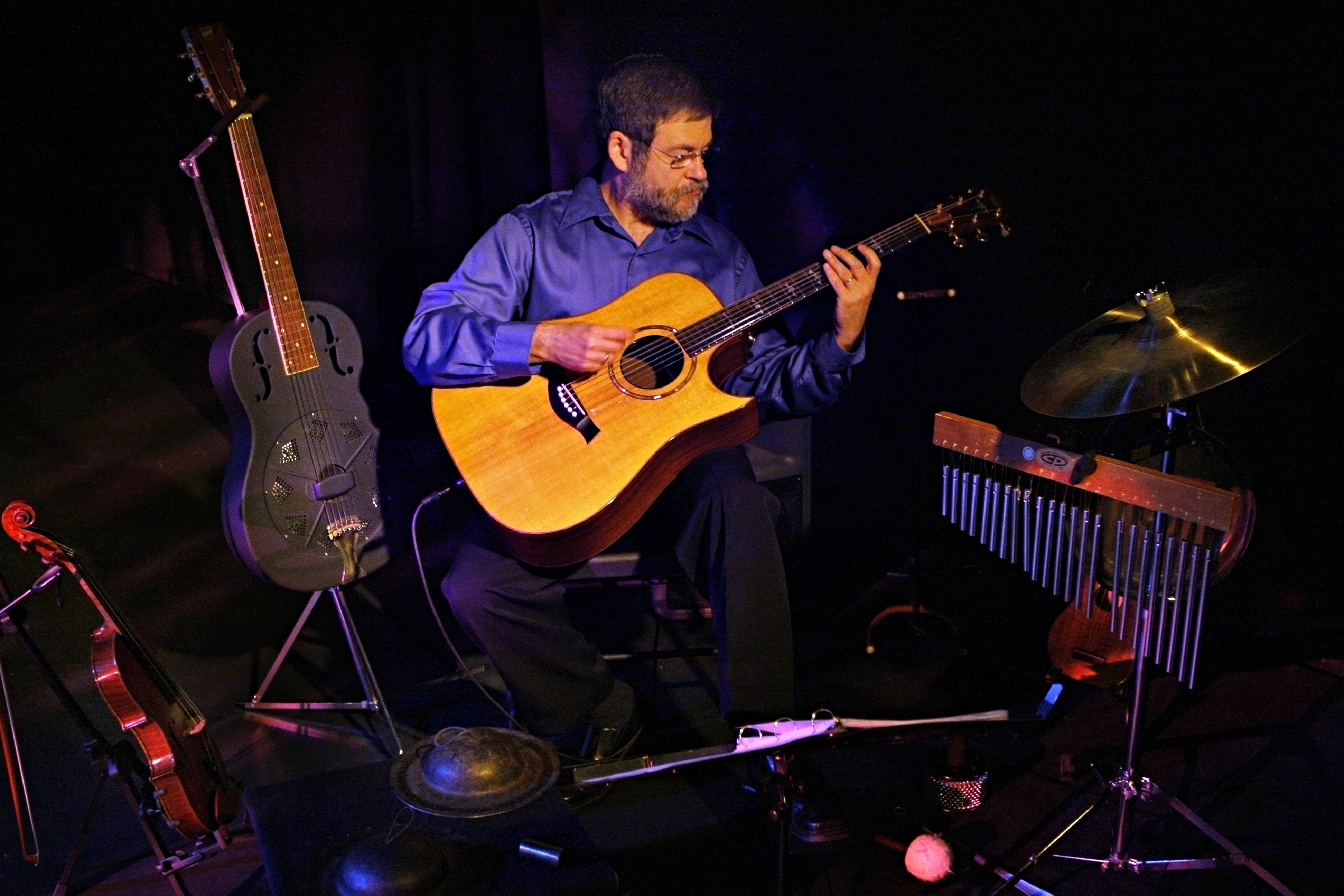 Alex Lubet is a composer, multi-instrumentalist, author, and educator. He has written dozens of works in a wide variety of idioms that have been performed hundreds of times on six continents. These pieces range from strictly notated scores to structured improvisations. In the new millennium, his emphasis has been on works in which he is a featured performer on instruments of American vernacular music, including acoustic guitar, mountain dulcimer, National steel guitar, electric and double bass, and ukulele. His performing, especially on mountain dulcimer and acoustic guitar, has attracted many other composers, particular in China, who have written works for him to premiere in North America and Asia. As a composer-performer, he has recordings on Ravello, Big Round, pfMENTUM, and Capstone, with several new albums in production. In addition to solo performances (of his own works and those he has premiered), he can be heard with the Japanese fusion group Ensemble Ma (Iris Shiraishi, director), the free jazz duo Deep State (with pianist Guerino Mazzola), and in duets with jazz alto saxophonist Christopher Rochester. Previously, he led the world music improvisation group Blended Cultures Orchestra and the University of Minnesota New Music Ensemble.

As a scholar, Lubet is the author of Music, Disability, and Society (Temple University Press, 2011) and dozens of articles and book chapters on disability issues within and beyond music. He is also regarded as an authority on the music of Bob Dylan.

Lubet teaches composition, popular music, and bioethics at the University of Minnesota, whose faculty he joined in 1979. He is the recipient of the U of M’s highest teaching distinctions in both undergraduate and graduate teaching. His students include Mary Ellen Childs, Elliott Miles McKinley, and Indonesian composer Jay Afrisando.