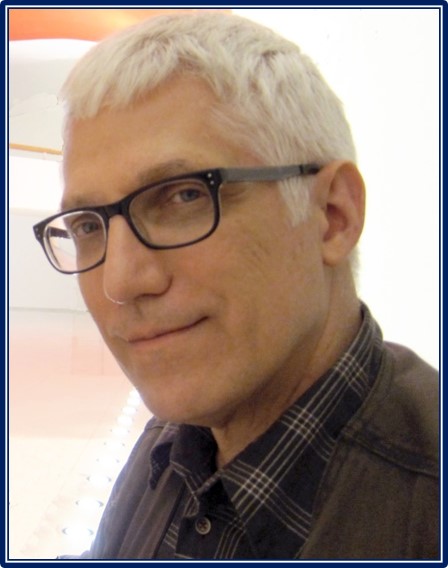 Composer and pianist Michael Kowalski was a pioneer in the field of computer music in the 1970s. He wrote extensively for percussion and mixed chamber ensembles before turning fulltime to operatic composition in 1995, when he founded his ensemble, The Postindustrial Players.

Kowalski studied piano and music history at the Oberlin Conservatory. His Program Etude (1971), synthesized by a program of his own design, was the first totally digital electronic work produced and performed at Oberlin's pioneering computer music lab. He began his formal composition studies with Richard Hervig at the University of Iowa, where he also continued independent work in the field of computer-aided composition. In 1975 he was a University Fellow at the University of Illinois, where he studied in the music, computer science, and linguistics departments and worked with composers Herbert Brün, Ben Johnston, and Salvatore Martirano. In 1976 Kowalski was a Margaret Lee Crofts Fellow in Composition at the Berkshire Music Center (now the Tanglewood Music Center), where he studied with the French composer Betsy Jolas.

Kowalski's chamber music and electronic works have been performed throughout Europe and Japan, at dozens of university venues in the USA and Canada, at the 1975 and 1978 International Computer Music Conferences, Percussive Arts Society National Conferences, American Society of University Composers Conferences, and the 1982 and 1983 SIGGRAPH (international computer graphics) Conferences. Since moving to New York in 1980, he has appeared as a composer, pianist, and actor at numerous uptown and downtown spaces, including Roulette, Symphony Space, P.S. One, Emanu-El Midtown Y, and Lincoln Center Out-of-Doors. He has produced work for the Blackearth Percussion Group, the Percussion Group/Cincinnati, Radiotelevisione Italiana (RAI), Home Box Office, percussionist Steve Schick and pianist James Avery (Freiburg), soprano Candace Natvig and trombonist Jon English (Amsterdam), The United Mime Workers (Urbana, Ill.), tap dance choreographer Anita Feldman (NYC), Equilibrium Dance (Ann Arbor), and sculptor Sonja Visser (Rotterdam). He has been guest composer and lecturer at colleges and universities across the US and has held residencies at Yaddo, the Millay Colony for the Arts, and Art Awareness.

Since 1978 Kowalski has pursued a parallel career in the computer and finance industries. In the late 1970s he worked in the fledgling computer graphics industry at the Computervision Corporation in Boston. Between 1984 and 1995 he worked as a software consultant in the retail banking and brokerage industries. Since 1995 he has worked in the field of financial risk management in addition to pursuing his career in opera. He has published essays on topics ranging from music theory to art criticism, financial risk management, and political philosophy.