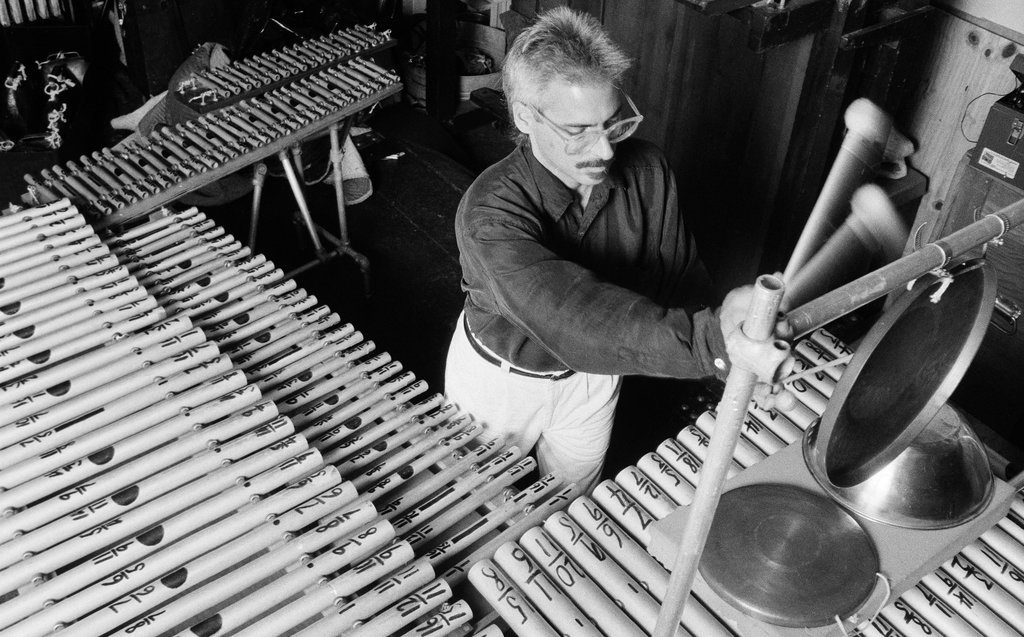 Born in Los Angeles, Drummond studied trumpet and composition at the University of Southern California and California Institute of the Arts. He studied trumpet with Don Ellis and John Clyman, and studied composition with Leonard Stein.
Drummond then worked as a musician for and assistant to the maverick composer and instrument builder Harry Partch. He performed in the premieres of Partch’s large-scale works Daphne of the Dunes, And on the Seventh Day Petals Fell in Petaluma, and Delusion of the Fury. Drummond also participated in recordings made by Partch for the Columbia Masterworks label in the late 1960s.
In 1976, Drummond moved to New York City. A year later he co-founded (with flutist Stefani Starin) the contemporary music ensemble Newband. Newband recorded works by Partch, John Zorn, Joan LaBarbara, John Cage, Anne LeBaron, James Pugliese, and Thelonious Monk, as well as original works by Drummond.
In 1990, he became director and curator of composer/inventor/musician Harry Partch's homemade instruments. Drummond performed many of Partch's compositions on the original instruments (such as kithara, surrogate kithara, harmonic canons, adapted guitar, and cloud chamber bowls), as well as incorporating the instruments into original compositions. Drummond conducted educational workshops, and trained student musicians to play the idiosyncratic instrumentarium.
Drummond was a director of the New York Consortium for New Music for over ten years, and was involved in producing the annual Sonic Boom Festival. At the time of his death he was Associate Professor and Director of the Harry Partch Institute at Montclair State University, New Jersey.
He died in Princeton, NJ, of complications from multiple myeloma on April 13, 2013.