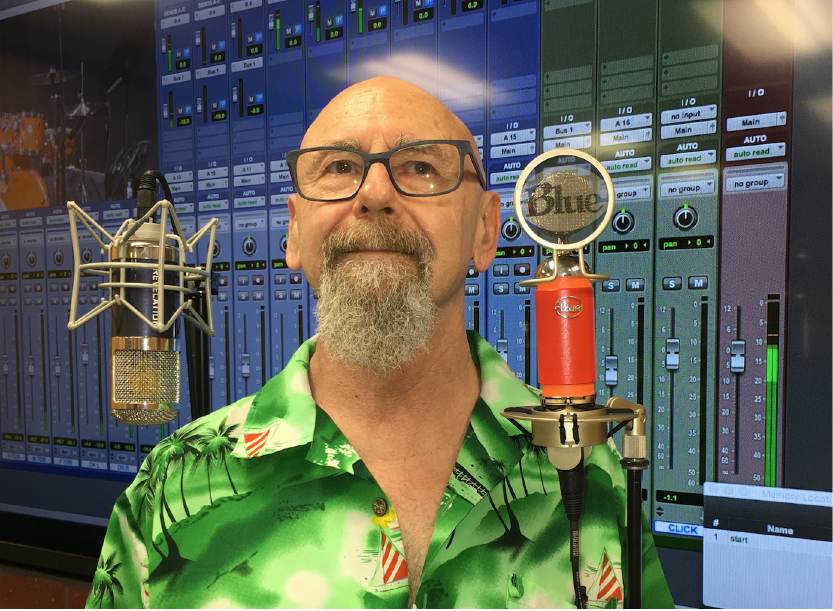 He taught himself to play guitar and studied improvisation on electric bass guitar at the Stan Kenton Jazz Clinic at Redlands University. Dennis studied at Orange Coast College and transferred to California State University Fullerton where, in 1974, he earned a B. Mus. in composition with a minor in percussion. He co-founded the Direct Image Ensemble and produced concerts of new student compositions, regularly performing in the CSUF New Music Company as well.

He studied composition at the University of Michigan with George Cacioppo, Curtis Curtis-Smith and William Albright and experimental electronic music with George B. Wilson. He earned a M.Mus. in composition with a minor in percussion. He designed and built percussion instruments for his master’s thesis for solo percussionist and ¼-tone orchestra. He founded ImproVision, an experimental jazz-influenced improvisation ensemble performing on various Ann Arbor and U of M concert series and live radio shows, foreshadowing what became known as performance art. Dennis Anderson’s compositions were regularly featured on the U of M Composers’ Forum series and he performed in the Contemporary Directions Ensemble.

Dennis was awarded two consecutive Fulbright scholarships to study composition in Poland at the Krakow Music Academy where he studied with Krzysztof Penderecki and Boguslaw Shaffer. He performed in the contemporary music ensemble Muzyka Centrum. He composed “Time and the Wings of Sparrows”, for triple orchestra, 4-channel quadraphonic tape and 100 voice mixed choir.

Dennis Anderson returned to Southern California and purchased recording equipment to start a recording company. He formed another improvisation ensemble, The Readymade Improvisational Orchestra, performing in the Orange County area with modern dance companies Cylinder and the Techno Rebels or Dance Theatre West.

From 1992 to 2006 at Cal State Fullerton he taught MIDI technology, Analog Recording, Rock Music History, 20th Century music Theory, and Music of The Beatles; and he appeared in the Paul McCartney DVD “The Space Within Us”.

In 1994 Dennis engineered the recording of the Angel Romero soundtrack for the film “Bienvenido Welcome” which earned the Ariel award in Mexico for best soundtrack.

In 1997 Dennis joined Orange Coast College as a MIDI lab manager, and became part of the faculty in 2002 to teach Rock Music History. He took over the Recording Techniques course in 2005 and converted it to a state of the art Pro Tools HD system with the most current hardware and software. In addition to Pro Tools, the OCC studio now also features Cubase and Finale.

As an author, Dennis wrote a column for MusicBiz magazine called “As Time Goes By” profiling legendary popular music style pioneers and contributed to Kenny Kerner’s book “Going Pro: a Musicians Guide to the Music Industry”. He spoke at the NAMM GenNext educational series in January of 2018 on the challenges of combining a music education with the music industry. Dennis Anderson has devoted his life to the pursuit of creative excellence. His approach to teaching, composing, performing and engineering is the same: a healthy dose of mindfulness, empathy, inspiration and positive reinforcement.